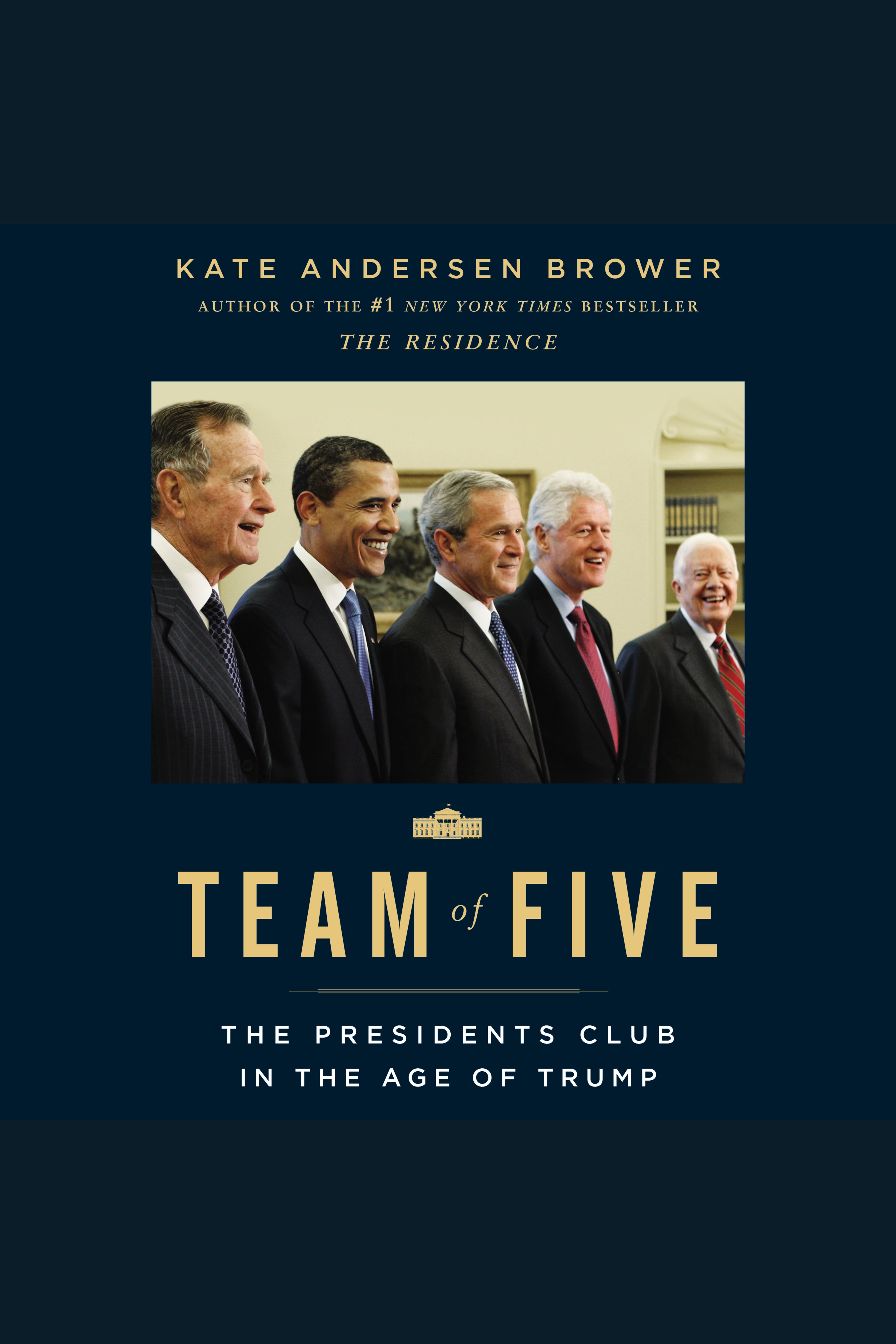 Check Digital Provider
Team of Five The Presidents Club in the Age of Trump
(2020)
By: Brower, Kate Andersen

From the #1 New York Times bestselling author of The Residence and First Women-also a New York Times bestseller-comes a poignant, news-making look at the lives of the five former presidents in the wake of their White House years, including the surprising friendships they have formed through shared perspective and empathy. After serving the highest office of American government, five men-Jimmy Carter, the late George H. W. Bush, Bill Clinton, George W. Bush, and Barack Obama-became members of the world's most exclusive fraternity. In Team of Five, Kate Andersen Brower goes beyond the White House to uncover what, exactly, comes after the presidency, offering a glimpse into the complex relationships of these five former presidents, and how each of these men views his place in a nation that has been upended by the Oval Office's current, norm-breaking occupant, President Donald Trump. With an empathetic yet critical eye and firsthand testimony from the Carters, Donald Trump, and the top aides, friends, and family members of the five former presidents, Team of Five takes us inside the exclusive world of these powerful men and their families, including the unlikely friendship between George W. Bush and Michelle Obama, the last private visits Bill Clinton and Barack Obama shared with George H. W. Bush, and the Obamas' flight to Palm Springs after Donald Trump's inauguration. This insightful, illuminating book overflows with anecdotes about how the ex-presidents are working to combat President Trump's attempts to undo the achievements and hard work accomplished during their own terms. Perhaps most poignantly, Team of Five sheds light on the inherent loneliness and inevitable feelings of powerlessness and frustration that come with no longer being the most important person in the world, but a leader with only symbolic power. There are ways, though, that these men, and their wives, have become powerful political and cultural forces in American life, even as so-called "formers." Supplemental enhancement PDF accompanies the audiobook