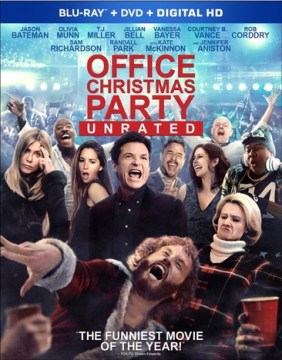 When the CEO tries to close her hard-partying brother's branch, he and his Chief Technical Officer must rally their co-workers and host an epic office Christmas party in an effort to impress a potential client and close a sale that will save their jobs

Rating: R; for crude sexual content and language throughout, drug use and graphic nudity

CHV rating: 14A; for coarse language, nudity and substance abuse

English subtitled for the deaf and hard of hearing; described video