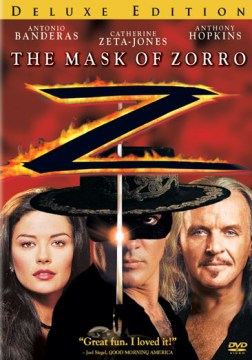 All Copies Checked Out
The mask of Zorro
(2005)

Originally produced as a motion picture in 1998

A sweeping tale of love and horror, tragedy and triumph set against the Spanish conquest of Mexico. After twenty years as the legendary Zorro, Don Diego must transform a troubled drifter into the fearless hero he once was

MPAA rating: PG-13; for some intense action and violence