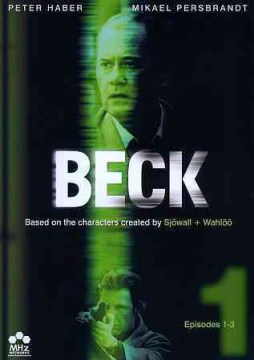 Title and credits taken from container

He's got no style, he's got no flash and he's squarely in middle age. But Swedish detective Martin Beck is good at one thing: methodically catching criminals so that they can be put away... for a long time. His tightly-wound partner, Gunvald, is his opposite: an impulsive man who cuts a dashing figure, is in no way politically correct and who never met a boundary he didn't leap across

Principle characters based on the novels by Maj Sjöwall & Per Wahlöö

"The decoy boy: After the bodies of two immigrant boys are discovered, a group called The Swedish Front claims responsibility. A lead brings Beck and his team to a website where young boys are sold for sex, but time is running out

Originally produced for Swedish television in 1997

The man with the icons: An elderly woman is found murdered. The prime suspect is her husband, a quiet and deeply-religious man who collects Russian icons. His grief appears genuine, yet his story doesn't exactly check out

White nights: A truck driver is killed in a sting operation. The dead man turns out to be Beck's long-lost son, whose existence was a well-kept secret from colleagues and family. After his initial shock, Beck returns to the investigation with renewed passion. This time it's personal." -- Container

In Swedish with English subtitles

Man with the icons --