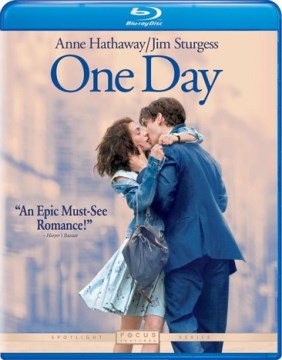 After one day together, July 15th, 1988, their college graduation, Emma Morley and Dexter Mayhew begin a friendship that lasts a lifetime. She's a working-class girl who dreams of making the world a better place. He's a wealthy charmer who thinks the world is his playground. Somewhere over the next two decades, these two very different people realize that the love they've been hoping for has been there for them all along