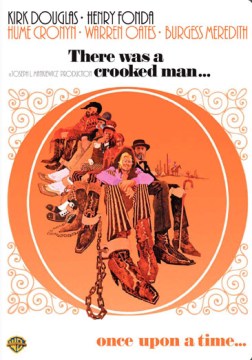 Arizona Territorial Prison inmate Paris Pittman is a schemer, a charmer and quite popular among his fellow convicts. Especially with $500,000 in stolen loot hidden away and a plan to escape and recover it. New warden Woodward Lopeman has other ideas about Pittman. Each man will have the tables turned on him in a twisting, turning Wild West tale of brawls, chases, shootouts and wry wit

Originally released as a motion picture in 1970

Special features: Vintage featurette: "On location with There was a crooked man;" theatrical trailer