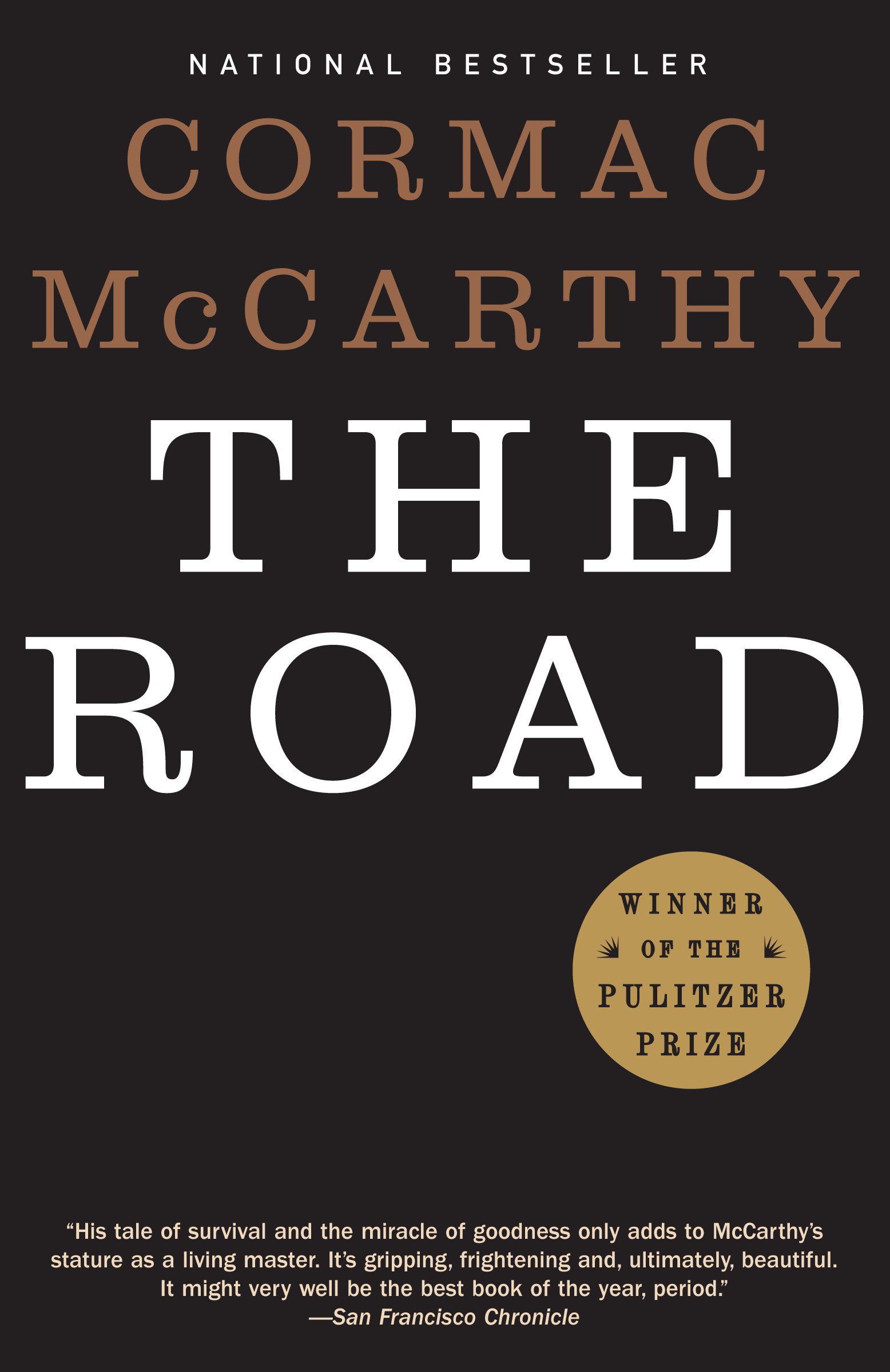 NATIONAL BESTSELLER WINNER OF THE PULITZER PRIZE The searing, post-apocalyptic novel about a father and son's fight to survive. A father and his son walk alone through burned America. Nothing moves in the ravaged landscape save the ash on the wind. It is cold enough to crack stones, and when the snow falls it is gray. The sky is dark. Their destination is the coast, although they don't know what, if anything, awaits them there. They have nothing; just a pistol to defend themselves against the lawless bands that stalk the road, the clothes they are wearing, a cart of scavenged food and each other. The Road is the profoundly moving story of a journey. It boldly imagines a future in which no hope remains, but in which the father and his son, "each the other's world entire," are sustained by love. Awesome in the totality of its vision, it is an unflinching meditation on the worst and the best that we are capable of: ultimate destructiveness, desperate tenacity, and the tenderness that keeps two people alive in the face of total devastation. A New York Times Notable Book One of the Best Books of the Year The Boston Globe, The Christian Science Monitor, The Denver Post, The Kansas City Star, Los Angeles Times, New York, People, Rocky Mountain News, Time, The Village Voice, The Washington Post