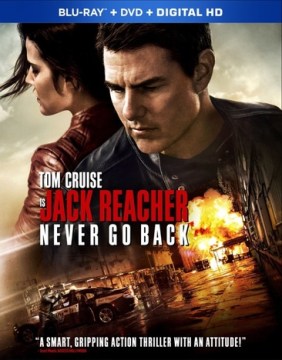 While on the run trying to clear himself of murder and a former colleague of treason, itinerant former U.S. Army Major Jack Reacher discovers both a conspiracy involving the murder of soldier and a potential secret from his past that could change his life forever

Based on the book Never go back by Lee Child

MPAA rating: PG-13; for sequences of violence and action, some bloody images, language, and thematic elements