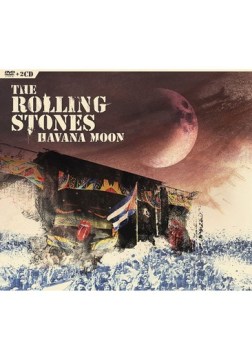 Havana moon captures the historic, once in a lifetime concert by The Rolling Stones in Havana, Cuba. This epic, record breaking concert features hits from across their career. Filmed at the end of the América Latina Olé Tour 2016 Mike Jagger, Keith Richards, Charlie Watts, and Ronnie Wood perform a truly spectacular set to over 1.2 million adoring fans

You got the silver

Sympathy for the devil

You can't always get what you want

(I can't get no) satisfaction

All down the line

Before they make me run