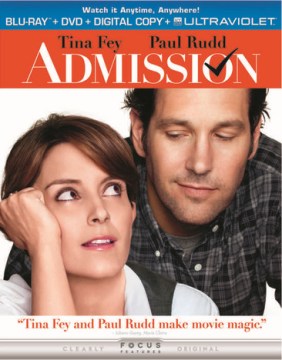 A Princeton admissions officer, Portia Nathan, who is up for a major promotion, takes a professional risk after she meets a college-bound alternative school kid who just might be the son she gave up years ago in a secret adoption

Based on the novel by Jean Hanff Korelitz

Originally released as a motion picture in 2013

Rating: PG-13; for language and some sexual material

English or Spanish dialogue; Spanish or French subtitles; English subtitles for the deaf and hard of hearing