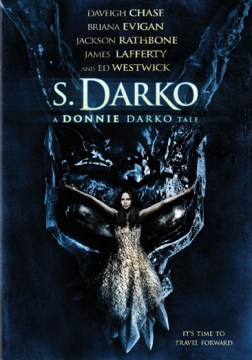 Seven years after her brother's death, Samantha Darko is on the run. She is running from her shattered home, from her bizarre past, and even from herself. When she and her friend Corey become stranded in a desert town, they witness a meteorite crash that fractures time, beginning the countdown to the end of the world. Now Sam must rely on the frightening visions that plague her dreams to overcome her own dark destiny and set time back on course before everything she know is destroyed

Based on the characters created by Richard Kelly

MPAA rating: R; for language, some violent content and brief drug use

End of the world (Astronomy) -- Drama.