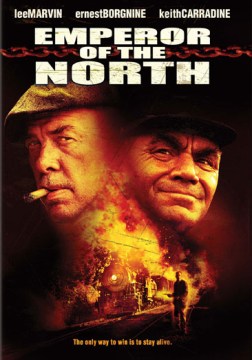 Based, in part, on "The Road" by Jack London and "From Coast to Coast with Jack London."

Set on the Pacific Northwest railways at the height of the Depression, this is the story of how a crafty, train-hopping drifter, "A-No. 1," and his young accomplice encounter Shack, a sadistic railroad conductor who has sworn that no hobo will ride his train for free. "A" is ready to put his life at stake to become a local legend - as the first person who survived the trip on Shack's notorious train