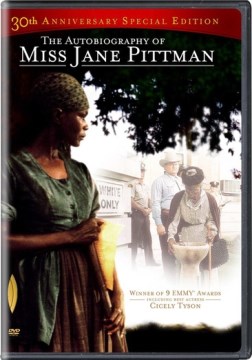 Based on the novel of the same title by Ernest J. Gaines

Special features: The making of The autobiography of Miss Jane Pittman (behind the scenes footage, new interviews with Ernest J. Gaines, Odetta, director John Korty, producers Rick Rosenberg and Bob Christiansen and more); The writing of The autobiography of Miss Jane Pittman (Ernest J. Gaines gives an in-depth look at the people and places that inspired his award-winning novel); The oral tradition (scholars explain the importance of oral story-telling); Best special and best actress Emmy clips

Originally produced as a television movie in 1973