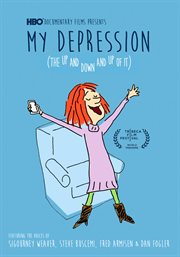 Both heartfelt and entertaining, My Depression uniquely illuminates the symptoms, emotions and side effects of depression using animation, comedy and music. The film helps to make a difficult and sometimes taboo topic more understandable, both for those who may be suffering from depression as well as family and friends of people with the disorder. My Depression takes viewers through an individual's journey from the early symptoms through the darkest moments, and the search to try to find help and light at the end of the tunnel. While the film uses humor to make the subject more accessible and combat the stigma associated with depression, it is also serious in its intent to show how difficult it is to live in a constant state of psychic pain and diminished energy. Although there is no definitive cure for depression, as the film illustrates, there are a variety of ways to alleviate the pain, survive depression, and move towards a positive, fulfilling life