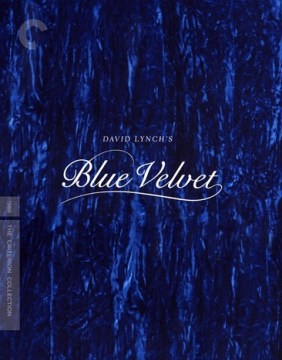 Originally released as a motion picture in 1986

Title and credits from screen

Home from college, Jeffrey Beaumont (Kyle MacLachlan) makes an unsettling discovery: a severed human ear, lying in a field. In the mystery that follows, by turns terrifying and darkly funny, writer-director David Lynch burrows deep beneath the picturesque surfaces of small-town life. Driven to investigate, Jeffrey finds himself drawing closer to his fellow amateur sleuth, Sandy Williams (Laura Dern), as well as their person of interest, lounge singer Dorothy Vallens (Isabella Rossellini)-- and facing the fury of Frank Booth (Dennis Hopper), a psychopath who will stop at nothing to keep Dorothy in his grasp

Special features: Alternate original stereo soundtrack; "Blue velvet" revisited (a feature-length meditation on the making of the movie by Peter Braatz, filmed on-set during the production); The lost footage (fifty-three minutes of deleted scenes and alternate takes assembled by Lynch); Mysteries of love (a seventy-minute documentary from 2002 on the making of the film); interview from 2017 with composer Angelo Badalamenti; It's a Strange World: The Filming of Blue Velvet (a 2019 documentary featuring interviews with crew members and visits to the shooting locations); Lynch reading from Room to Dream, a 2018 book he coauthored with Kristine McKenna; in booklet, cast and credits, about the transfer and essay "A suburban romance, only different" by Kristine McKenna