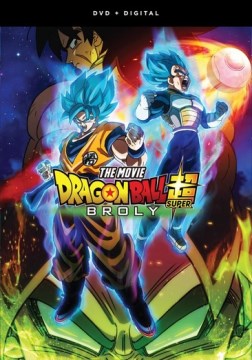 Knowing that there are increasingly powerful forces in the universe that he has yet to encounter, Goku spends all of his time training to achieve even greater strength. But, one day a mysterious new Saiyan appears before Goku and Vegeta: Broly. How can a Saiyan, a member of the proud warrior race that was annihilated after the destruction of Planet Vegeta, appear on Earth? With Frieza's return from hell, a battle awaits the three mighty Saiyans who have followed completely different destinies

Rating: PG, for prolonged frenetic sequences of action and violence, and for language