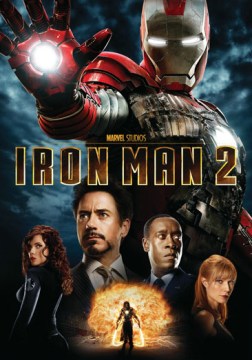 Originally released as a motion picture in 2010

Now that the world knows billionaire inventor Tony Stark is the armored super hero Iron Man, his life has suddenly become even more intense. Everyone wants in on the Iron Man technology, whether for power or profit, but for Ivan Vanko, it's revenge. With Pepper Potts and James 'Rhodey' Rhodes at his side, Stark must once again suit up and face his most dangerous enemy yet

MPAA rating: PG-13; for sequences of intense sci-fi action and violence, and some language