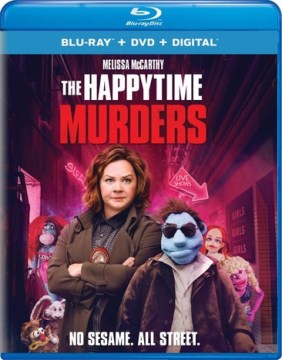 In this for-adults comedy, a puppet private investigator and a human police detective must work together to solve the murders of the puppets from the classic television show, The Happytime Gang

Title and credits from title frames

Videodisc release of the 2018 motion picture

MPAA rating: R; for strong crude and sexual content and language throughout, and some drug material

On the Day (Firm), production company