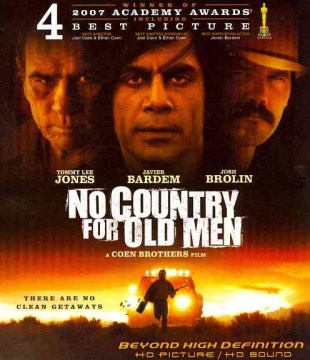 Based on the novel by Cormac McCarthy

Llewelyn Moss stumbles onto a drug deal gone monumentally wrong while hunting in the parched Texas scrubland near the Mexico border. A satchel filled with $2 million seems to be a ship finally arrived, and he dreams of moving his wife Carla Jean out of the trailer park and into the good life. It isn't long before he's being tracked by Anton Chigurh, a psychopathic "debt collector." Sheriff Bell sets out to find Llewelyn, not so much for the propriety of recovering the money but to protect one of his citizens from Chigurh, an evil like nothing Bell has ever seen. The border is a hard land, yet Bell finds that the reflexive murders Chigurh inflicts upon others transforms the lonely vistas, somber deserts, and austere mountains into something horrendous--into no country for old men--or for young ones

Originally produced as a motion picture in 2007