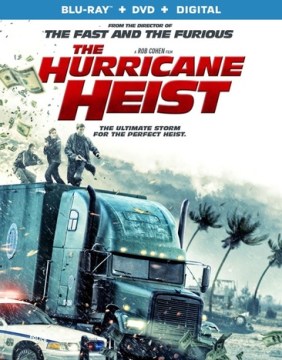 As a massive hurricane builds, criminals infiltrate a U.S. Mint facility. Their plan: to steal $600 million and escape using a category five hurricane as cover. But a treasury agent and a storm chaser have a plan of their own, desperately racing against time, and the hurricane, to save the hostages and stop the thieves before their town is reduced to rubble

Special features: audio commentary with director ; Eye of the storm ; Hollywood heist: a conversation with Rob Cohen ; VFX reel ; deleted scenes. The same selection of special features is on both Blu-ray and DVD