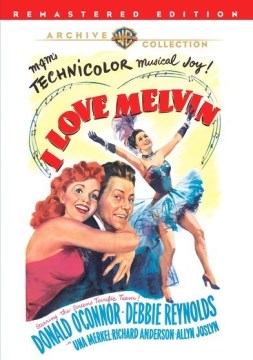 Melvin Hoover promises his true love Judy LeRoy that he will use his job at Look magazine to transform her from a Broadway chorus girl into a cover girl, but can he?

"This disc is expected to play back in DVD video 'Play only' devices, and may not play back in other DVD devices, including recorders and PC drives"--Container

Special features include the outtake musical number with Debbie Reynolds: A lady loves