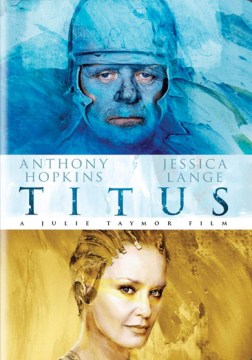 Adapted from the play Titus Andronicus by William Shakespeare

Titus Andronicus returns to Rome after defeating the Goths, bringing with him Queen Tamora, whose eldest son he has sacrificed. The late emperor's son Saturninus is supposed to marry Titus's daughter Lavinia, however, when his brother Bassianus runs away with her instead, Saturninus marries Tamora. Saturninus and Tamora then plot revenge against Titus. Beginning with the rape and mutilation of Lavinia, bloodshed and brutality run rampant, culminating in a cannibalistic banquet scene

Originally released as a motion picture in 1999

In English with optional English or Spanish subtitles ; closed captioned in English