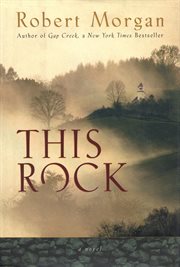 From the author of Gap Creek-an international best-seller and winner of the Southern Book Critics Circle Award-comes the gripping story of two brothers struggling against each other and the confines of their mountain world in 1920s Appalachia. The Powell brothers-Muir and Moody-are as different as Cain and Abel. Muir is an innocent, a shy young man with big dreams. Moody, the older and wilder brother-embittered by the death of his father, by years of fighting his mother, and by his jealousy of Muir's place in the family-takes to moonshine and gambling and turns his anger on his brother. Muir escapes by wandering, making his way around the country in attempts to find something-an occupation, a calling-to match his ambition. Through it all, their mother, Ginny, tries to steer her boys right, all the while remembering her own losses: her husband (whose touch still haunts her), her youth, and the fiery sense of God that once ordered her world. When Muir, in a drunken vision, decides that his purpose in life is to clear a space on a hill and build a stone church with his own hands, the consequences of his plan are far-reaching and irrevocable: a community threatens to tear itself apart, men die, and his family is forever changed. All that's left in the aftermath are the ghosts and the memories of a new man