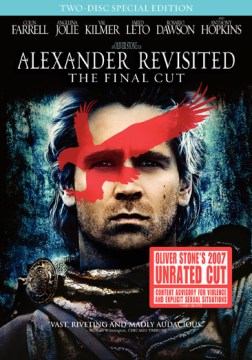 All Copies Checked Out
Alexander revisited the final cut
(2007)

The story of Alexander the Great, who in 4th century BC conquered ninety percent of the known world of the time by defeating Greece, Persia, Afghanistan, and India in just eight years

Revised and expanded version of the motion picture Alexander, which was originally produced in 2004