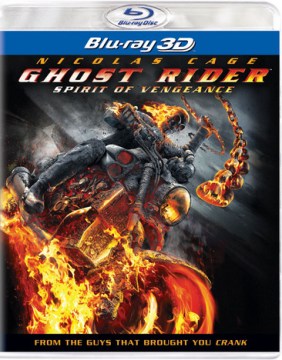 "Still struggling with his curse as the devil's bounty hunter, Johnny [Blaze] is hiding out in a remote part of Europe when he is recruited by a secret sect of the church to save a young boy from the devil. At first, Johnny is reluctant to embrace the power of the Ghost Rider, but it is the only way to protect the boy and possibly rid himself of his curse forever"--Container

Originally released as a motion picture in 2011

"Based on the Marvel comic."

Special features on Blu-ray disc include deleted scenes, optional directors' commentary and a six-part documentary The path to vengeance

MPAA rating: PG-13; for intense sequences of action and violence, some disturbing images, and language