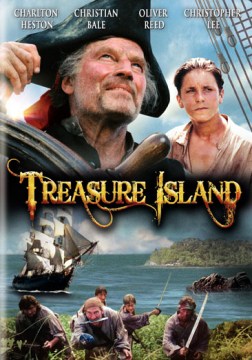 Pirate Captain Billy Bones leaves a young innkeeper's son, Jim Hawkins, a map indicating the location of a priceless treasure. Jim sets sail for the Caribbean in search of the treasure. But they do not realize that the ship's crew has been replaced by a band of cutthroats under the leadership of the infamous pirate Long John Silver

Based on the novel by Robert Louis Stevenson

Originally produced for television in 1989

Music composed by Paddy Maloney, performed by the Chieftains

English language with optional Spanish or French subtitles; English subtitles for the deaf and hard of hearing