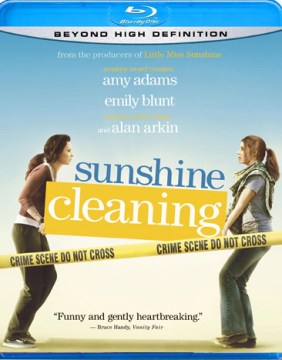 Rose Lorkowski is a single mother attempting to support her son Oscar and her unreliable sister Norah. She works a mundane job as a maid. Once the head cheerleader in school with plenty of prospects, Rose now has little to show for her life. She still sees the former head football player, but it is little more than a despondent affair. When Oscar is expelled from public school, Rose takes a job as a bio-hazard crime-scene cleaner to help pay for a private education. She brings Norah on to help in her steadily growing business. As the sisters work to clean up the messes left behind by the chaotic lives of others, they must learn to reconcile their own differences and overcome a troubled past if they hope to prosper in their newfound venture

English or dubbed Spanish dialogue, Spanish subtitles; English subtitles for the deaf and hard of hearing