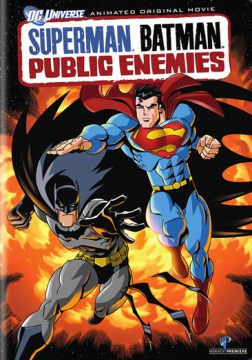 A desperate solution for a troubled country: Lex Luthor for president, with the Justice League in the service of the government. Only Batman and Superman stand against the new regime and their disloyalty proves to be exactly what Luthor intended. Using their outcast status to instigate a scandal against Superman, Luthor finally tastes a victory in his vendetta against the Man of Steel

Special features: Behind the scenes of 'Blackest night:' the epic DC Comics Super Hero event in which the dead shall rise; explore 4 other DC Universe animated movies

MPAA rating: PG-13; action violence throughout and a crude comment

English subtitles for the deaf and hard of hearing