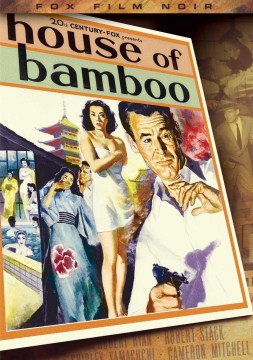 Videodisc release of the 1955 motion picture

Sandy Dawson has assembled a platoon of ex-Army thugs to run pachinko parlors while pulling off bloody heists and armed robbery. The murder of a friend brings Eddie Spanier into the group, along with his beautiful mistress. But Spanier's behavior grows treacherous, and his loyalties become questionable, leading to a breathless, murderous conclusion high above the ancient city of Tokyo.--Container

Filmed on location in Tokyo, Japan