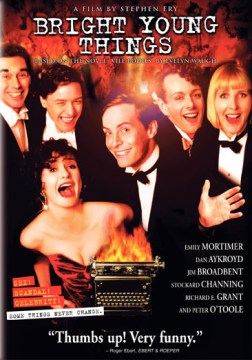 During the 1930's, the world of the British uppercrust society is one of nightclubs, dancing, jazz and speed. Their lives revolve around an endless series of parties and pleasure seeking - including motorcars, jazz bands, gossip journalism, drugs, gramophones ... Inevitably, however, the frantic pace of living begins to take its toll and one by one they begin to crash and burn in the search for newer and faster sensations

Based on the novel "Vile bodies" by Evelyn Waugh

MPAA rating: R; for some drug use