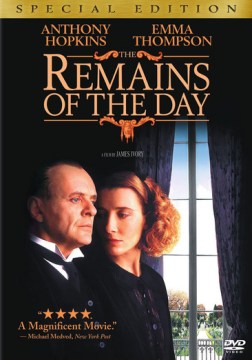 Based on the novel by Kazuo Ishiguro

The story of blind devotion and repressed love between a fanatically proper butler and a high-spirited, strong-minded young housekeeper employed by a British lord who is unwittingly a Nazi dupe

Originally released as a motion picture in 1993

Closed captioned for the hearing impaired