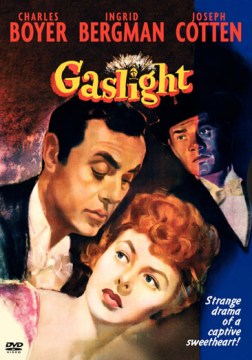 A susceptible young woman marries a suave, romantic man never suspecting that he is a murderous scoundrel, obsessed with finding the jewels hidden in their London home. She becomes the helpless victim as slowly, insidiously, he drives her to the brink of insanity

Based on the play "Angel Street" by Patrick Hamilton