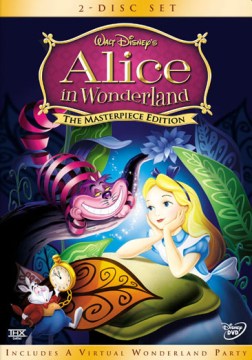 Originally released as a motion picture in 1951

Alice is a bored schoolgirl who yearns for a more exciting life. Things get "curiouser and curiouser" after she follows the frantic White Rabbit down the rabbit hole and has a series of surreal misadventures in the madcap world of Wonderland, where "nothing's impossible." In Wonderland, Alice meets extraordinary characters such as Tweedledee and Tweedledum, the Queen of Hearts and the Cheshire Cat