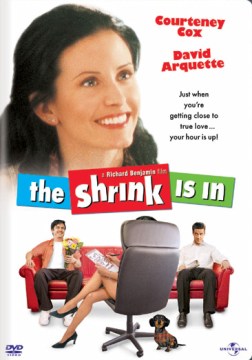 Originally released as a motion picture in 2001

Samantha is a travel writer suffering from claustrophobia, agoraphobia, and a whole host of other phobias. She isn't exactly lucky in her romantic life either. But when her psychotherapist suffers a major mental breakdown, Samantha tries to get in contact with the doctors patients to cancel all her appointments. She ends up secretly posing as the missing shrink in an effort to help her neighbor Michael get away from his girlfriend and turn to her. Through her chase, Samantha meets the happy-go-lucky magazine salesman, Henry

MPAA rating: R; for language, some sexuality and drug content