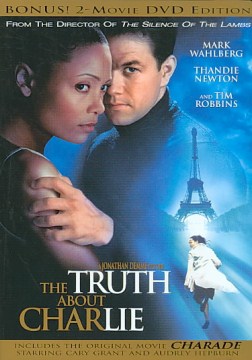 Regina returns home to find her husband, Charlie, murdered and three violent strangers claiming Charlie cheated them out of millions. When she accepts help from a mysterious stranger, she is plunged into a world where a double-cross turns into a triple-cross and trust turns into the deadliest weapon of all

Originally produced as a motion picture in 2002

Based on the motion picture "Charade", screenplay by Peter Stone

MPAA rating: PG-13; for some violence and sexual content/nudity