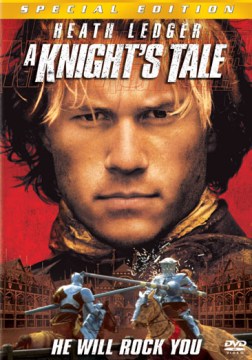 Videodisc release of the 2001 motion picture

The rousing story of lowborn Willian Thatcher's quest to change his stars, win the heart of an exceedingly fair maiden and rock his medieval world. Follow this fearless squire and his band of medieval misfits as they careen their way toward impossible glory that's part romance, part road trip and part exuberant swashbuckling

Closed-captioned for the hearing impaired